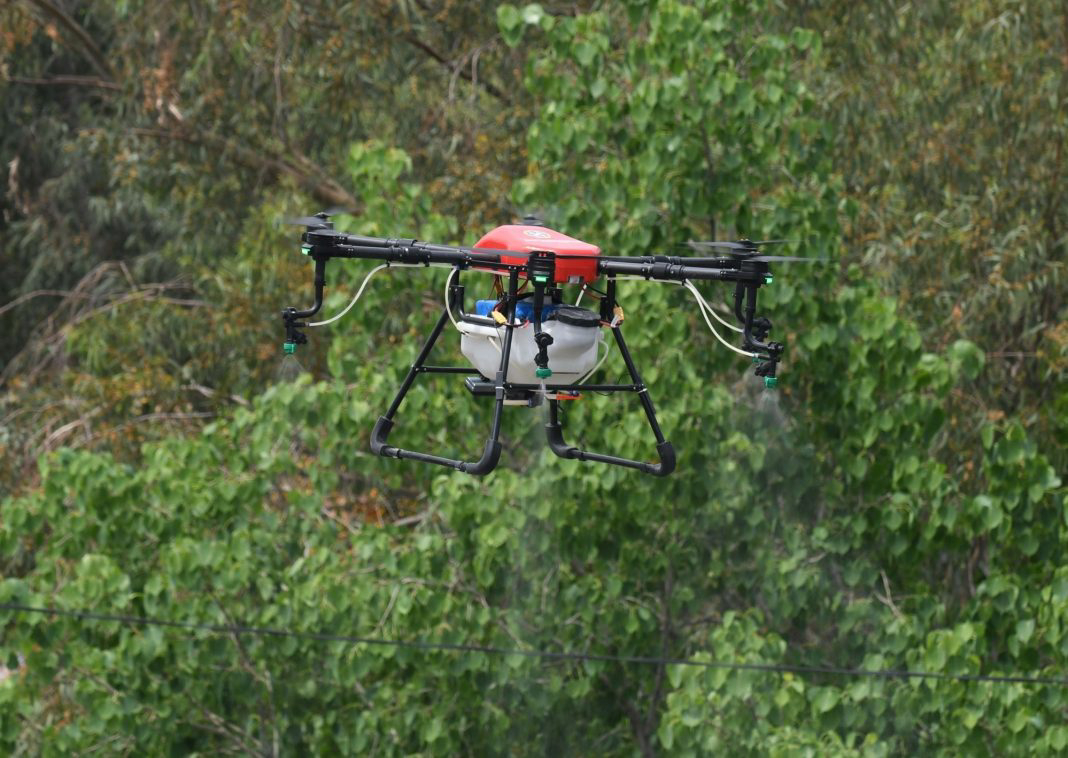 The devices were Packed Inside
Children Tiffin Boxes
Yogesh Sagotra
Jammu, Jun 07 (KNO): Security forces recovered three IED’s, attached as payload with a drone,  which were brought down by border security force late last night in Akhnoor sector and diffused through a controlled explosion.
“Alert BSF troops fired two rounds on hearing humming sound which was about 800 mtrs in height in Akhnoor area at about 1045 hrs last night. All concerned informed,” a BSF spokesman told news agency—Kashmir News Observer (KNO)
Further sources said that drone activity  were again observed in Kanachak area. “The troops  fired some shots towards the drone. Immediately police party was deployed and they followed the anti-drone SOP in the general area,” said a police officer.
“At around 11 pm at Dayaran area of Kanachak, police party observed the drone activity and fired at it again,” the officer said, adding, “The payload attached with the drone was brought down.” However, the officer said, the drone could not be brought down.
“The payload contained three magnetic IEDs packed inside children tiffin box with timer set to different timings of 3 hours, 8 hours etc,” he said, adding, “The IED has been deactivated and diffused through controlled explosion.” The officer said that a case has been registered and investigations taken up—(KNO)
SendShareTweetShareSendScan