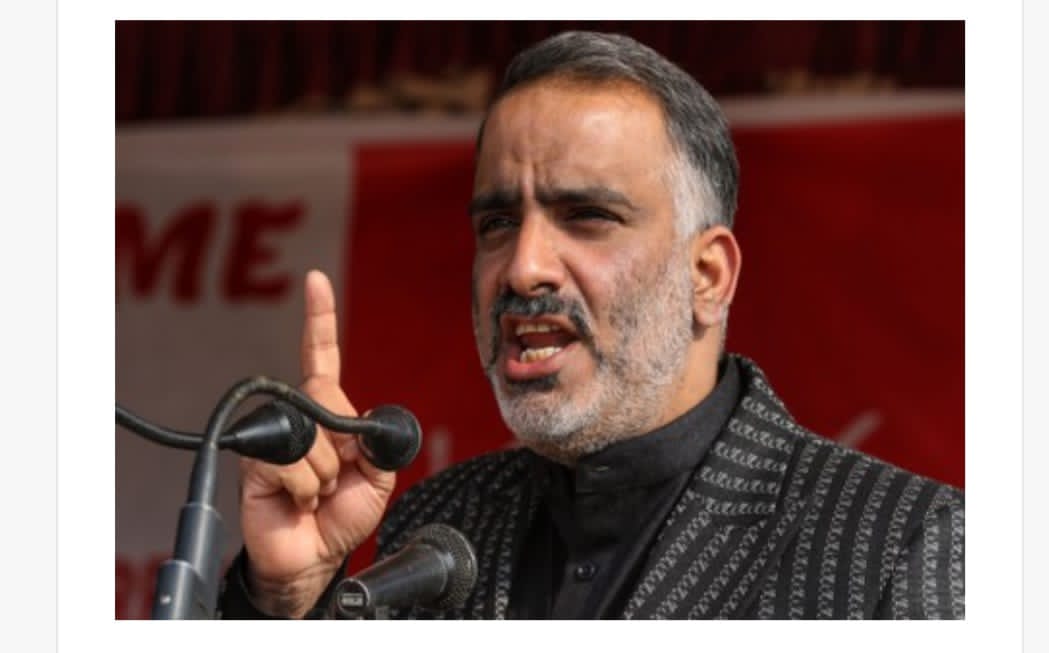 Admin spectating pervasive KP crises from sidelines: Salman Ali Sagar
Says, Trust built by successive regimes for 3 decades stands bulldozed today
Srinagar, June 01 (KB): National Conference Youth Leader Salman Ali Sagar on Wednesday termed the situation in Kashmir extremely alarming, highlighting how insecurities amongst the pandit government employees working in the valley are surging with each passing day amid the government’s utter failure to accord them a secure environment.
“It is ruthlessly incongruous that on one hand, the government is trumpeting the spike in tourist arrival, and on the other hand, the native Kashmiri pandits are attacked, tormented, and hounded in broad daylight with the government spectating the pervasive crises from the sidelines,” said YNC Provincial President Salman Ali Sagar in a statement issued here to Kashmir Bulletin — KB.
He added that the situation could reach apocalyptic levels if immediate measures aren’t taken to rebuild the trust that today stands so bulldozed due to the ostracizing approach of the incumbent regime.
Salman said that since the very onset of the pandit exodus in Kashmir, successive governments in Jammu and Kashmir have made strenuous efforts to rehabilitate the community in the valley and ensure the centuries-old bonds of harmony and tolerance are fostered once again with impeccable will and determination.
He added that the popular governments in the state made hectic efforts in bringing a plethora of centrally sponsored schemes for the rehabilitation of the Kashmiri pandit community and not only did they ensure successful implementation of the state but also accorded a dignified way of living to the otherwise violence-torn populace.
However, said the NC leader, the present administration is turning the situation so sultry that Kashmir is becoming a place so ruthlessly unfit for Pandit habitations.
“This is precarious to the core. It merits our concern. Instead of ensuring a safe and secure environment for the community, the government is adopting a sadistic approach- playing a proverbial ostrich with the state being pushed towards a precise disaster. All this has to stop. The government in no way can afford to remain oblivious to such a situation.
Ensuring security for KPs must be its priority. The misplaced euphoria over swelling tourist numbers can wait,” Salman said.