All previous bungling in waqf board to be probed; guilty to be made accountable: Waqf head Dr Darakshan Andrabi 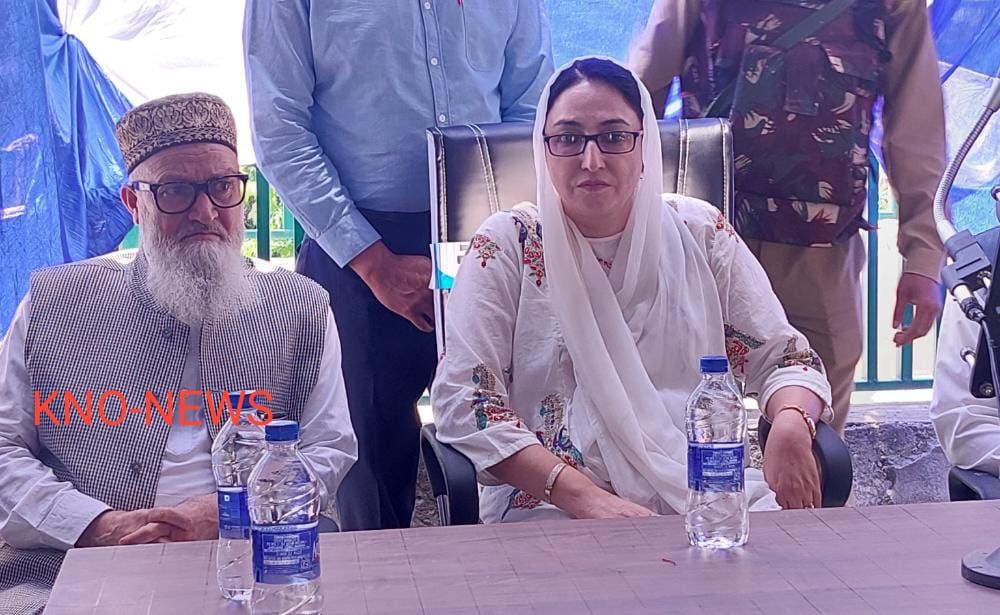 All previous bungling in waqf board to be probed; guilty to be made accountable: Waqf head Dr Darakshan Andrabi
Says cancer hospital to be constructed out of waqf money; land to be identified soon; Irony is waqf has no permanent office as all former CMs never constructed one
Raja Syed Rather
Ganderbal, Jun 12 (KNO): Jammu and Kashmir Waqf Board chairperson, Dr Darakshan Andrabi Sunday said that all the previous bungling  in waqf money will be investigated and those involved  will be made accountable.
Talking to reporters at Baba Dariya Deen Shrine at Ganderbal, as per news agency—Kashmir News Observer (KNO), she said that there have been huge bunglings in waqf money.
“Irony is that waqf remained under the control of chief ministers and their advisors. There is no permanent office of waqf,” she said, adding, that  now that  a process has been restarted as time and atmosphere has changed, things will be sorted out soon.
“We will probe misappropriation of waqf money and those involved will be made accountable,” she said.
Replying to a query, she said  that cancer hospital will be constructed out of the waqf money.
“That is what Kashmir’s  revered saints resting  in the shrines want,” she said. “Land will be identified and hospital constructed at any cost.”
About the derogatory remarks of BJP leader against Prophet Muhammad (SAW), she gave a guarded reply stating that Islam is a religion of peace and Muslims aren’t the ones who resort to violence—(KNO)
SendShareTweetShareSendScan