Ayesha was 18 When She Married Sayyiddi Rasool Allah ﷺ 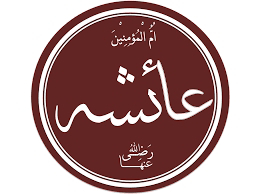 By Shah Arafat Siddiqui
It is narrated in the collection of Bukhari that Aisha said; ‘The following was revealed to Muhammad in Mecca while I was a child playing “Indeed, the Hour is their appointed time and the Hour is more disastrous and bitter.” It is unanimously agreed that Sura Al-Qamar, where we read these words, was revealed 4 years after the start of the revelation, which was the year 614. If we accept the false claim that Aisha was born in the year 614, it would mean that Aisha said the above words either before she was born or when she was a newly born!
But according to the words of Aisha above, she was a child playing when this Sura was revealed in the year 614. In contrast, the correct account of Aisha’s date of birth of 606, would make her 8 years old when she said the above words, which fits in with the words “I was a child playing.”
•It was also narrated in the collection of Bukhari that the Messenger of God said, ‘No virgin is to be wed without obtaining her consent.’ They said, ‘And how is her consent affirmed?’ He replied, ‘If she is silent.’ The question here is: How could the honourable Messenger say one thing yet do the opposite? This is relevant considering that according to the other hadith by Bukhari, he quotes Aisha saying that she was playing with dolls among the other girls and that no one asked her consent and permission to be married to the Prophet! Realistically speaking, how is it possible to ask a child about marriage when she does not understand the meaning of marriage in the first place! Even her approval at such an age would not be deemed legitimate since it would have been an approval without a guardian or adult.
Criticism of the chain of narrators in the hadith of Aisha’s age at marriage:
We find five chains of narrations of this hadith in Bukhari. Each account lists a chain of narrators ending with Aisha saying what was attributed to her. The interesting observation here is that we find one name repeated in all five narrations. This is the name (Hisham), and in this man rests the problem. The credibility of this man is suspect especially after he went to Iraq where his narrations of hadith became quite inconsistent and irregular.
As for the endeavour of scholars and hadith narrators, the first of which is Bukhari, to formulate such imaginary laws for the marriage of female minors, it was indeed a black page of the heritage pages. It is strange to find the Wahabi’s promoting such sick rules and justifying their outrageous claim by saying that in hot countries girls reach puberty at an early age!
Needless to say, these are the words of idiots and fools for the simple fact that the temperature in Saudi Arabia is still as hot as it were, and some researches make it much hotter today than it was 14 centuries ago, yet we do not see girls reaching puberty at such low ages in hot or cold countries!
The correct of Aisha when she married the Prophet was 18 years old and not 9 years old. The narration reported by Bukhari is simply a corrupt one. It violates the law of God, common sense, tradition and culture, and even other hadith! It also contradicts the chronological order of the events during the Prophetic mission. It is thus inconceivable and unjustified to elevate the words of Bukhari above the integrity of the beloved Messenger!
Islam is not to be monopolised by the early scholars and hadith narrators, nor related to their time only. It is our right and duty to evaluate their findings and criticise and also reject much of their findings, which are found to be fabricated delusions! At the end of the day, these works are no more than human efforts and thus should never be granted sanctity or divinity.
Ghulaman e Siddiqui Akbar International
Gsajk786@Gmail.com
SendShareTweetShareSendScan