Share on WhatsAppShare on Facebook
Says non-availability of building material has caused huge inconvenience to people; those associated with quarry profession have right to earn freely; no family should face starvation; promises resolution of developmental issues in shortest span 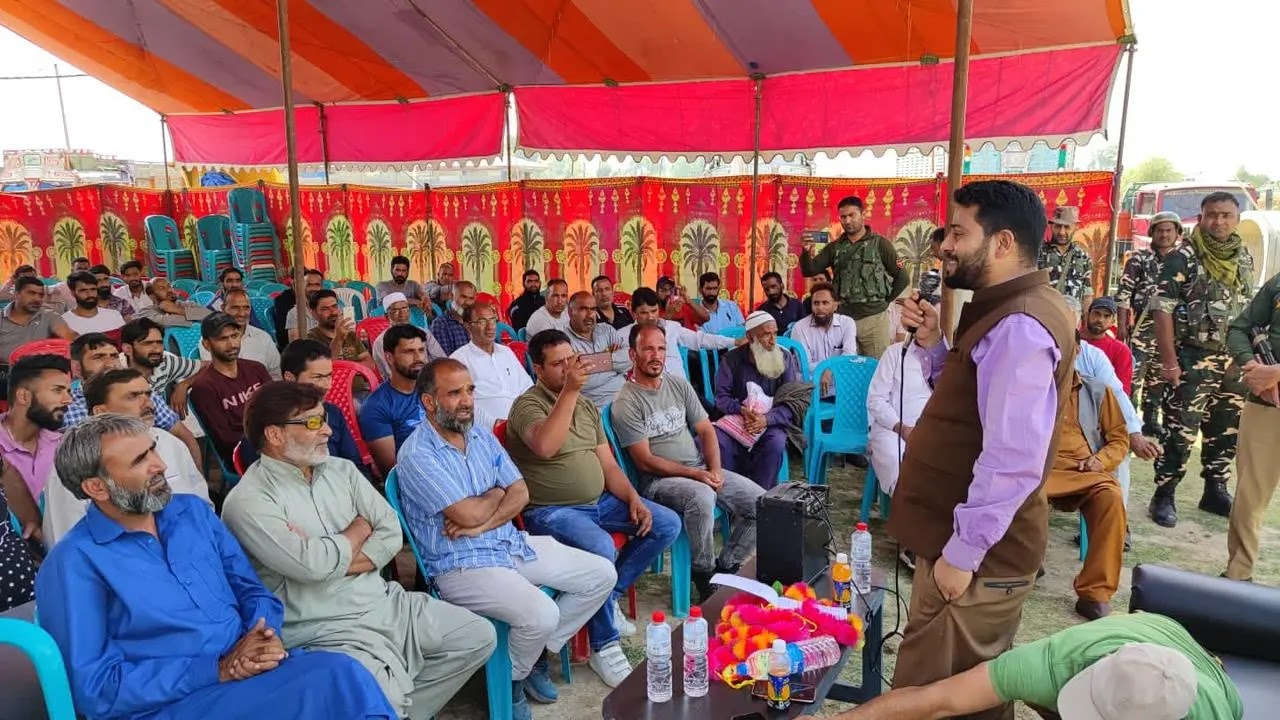 Srinagar, June 06: Young BJP leader and DDC member for Khonmoh Er Aijaz Hussain addressed a huge gathering at Athwajan area of Srinagar where locals especially stone quarry owners thanked him for the restoration of the works at quarries but demanded resumption of their in full without any outside interference so that they can feed their families including children without any hindrances.
This is the second big gathering addressed by Er Aijaz in 10 days’ time. In a statement issued here, Er Aijaz assured the stone quarry owners that since their issues have almost been resolved, further steps will be taken to streamline their work so that they can earn their livelihood without any interference. Er Aijaz said that non-availability of building material has caused huge inconvenience to people and those associated with the profession have every right to earn freely.
Locals including those associated with the stone quarry profession raked up the issue of streamlining of work at stone-quarries stating that more than 10 lakh families were dependent on the stone-quarries and demanded immediate restoration of work so that they can sustain their livelihood. They also said that their children were on the verge of starvation as long delay in restoration of their work caused huge inconvenience to them.
He also urged the administration to work out a resolution for those associated with the extraction of sand and other building material adding that hundreds are families are dependent on extraction of material business.
The locals associated, however, urged Er Aijaz to pursue the issue with the local administration so that they can work without any hindrance. While assuring them, Er Aijaz told them that their issues will be resolved soon so that they earn their livelihood in a smooth and hassle-free manner.
Hundreds of locals including women, children and elderly assembled at Ahtwajan where Er Aijaz addressed a huge gathering.
Addressing the gathering, the young leader said that he was committed to address all development related issues of the area including installation of transformers, repairing of roads, lanes and by-lanes, changing the outdated electric poles, HT and LT lines in the area on fast track basis.
Er Aijaz assured the locals that their all issues will be taken up with the concerned authorities and addressed within a shortest possible time. The people of the area thanked Er Aijaz for reaching out to them stating that they have full faith in him and are hopeful their all issues will be resolved.