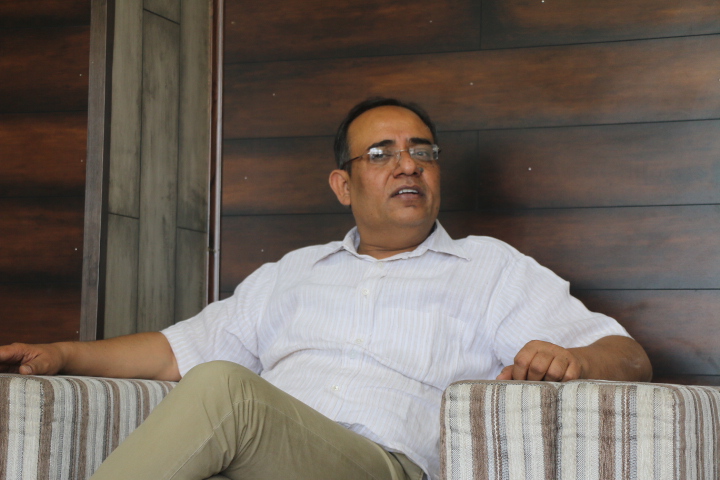 From this session onwards higher edu deptt to follow uniform academic calendar: Rohit Kansal
Says J&K to fully implement National Education Policy from this year
Srinagar, June 13 (KNS): Principal Secretary to the government Higher Education and Information and Public Relations, Rohit Kansal on Monday said that the government has decided to follow a uniform academic calendar from this session onwards.
In an exclusive interview with Kashmir News Service (KNS), Kansal said that earlier there were different academic calendars including winter and summer zone and some students would have to appear in exams during winters, while some had to appear during summers.
He said that some students would be unable to get admissions, while some students would have to wait even after appearing in the examination.
“So we have decided to do away with it and have decided to follow a uniform academic calendar. By these different academic calendars, it would take students long time to complete their courses, some would finish 4 years course in 5 years,” he said.
Kansal said that they strictly asked the universities and colleges to take this into consideration and make sure that a student should complete four years of course in 4 years only.
“At the same time we must acknowledge that for the last few years situation was not good, but now situation has got better and I would hope that students would get their degree well in time,” he said.
He also said that as per the New Education Policy there will be integration of courses and institutes which will help students learn and develop different skills.
“As per the NEP we will redesign curriculum in the education department, which help break the artificial barriers and like these there will be lot of revolutionary changes in the New Education Policy.”
He added that from this year’s onward that is 2022-23, Jammu and Kashmir is going to fully implement the National Education Policy, which will not only provide quality education but it also will very beneficial for them.
Kansal also said that they are going to introduce a new thing, which will be the feedback from the students.
“Students will provide a feedback about what kind education they are getting and are there any loopholes in the way they are being taught and that feedback will seriously looked into by college principals and heads of the institutions, which will help improve the quality of education,” he said.
He added that they are also going to launch a feedback portal, where in faculty and college facilities will be ranked and there will be competition between colleges. “After these rankings through this feedback portal, those who will achieve good rankings, they will be felicitated with prizes,” he said. (KNS)