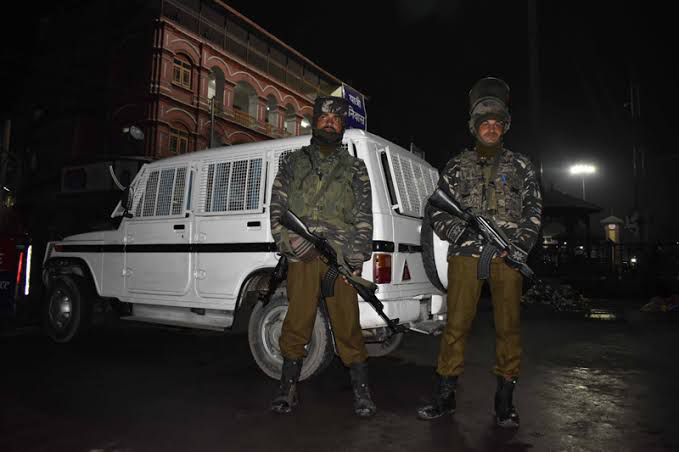 Srinagar, June 15:(GNS) A Cop was injured after militants hurled a grenade towards police party in Padshahi Bagh area of Bijbhera in South Kashmir’s Anantnag district on Wednesday evening.
A top police officer told GNS that militants lobbed a grenade on Police party, which resulted splinter injuries to a policeman.
He has been shifted to nearby hospital for treatment, where his condition is stated to be stable, the officer added.
Meanwhile whole area has been cordoned off to nab fleeing militants.(GNS)
SendShareTweetShareSendScan