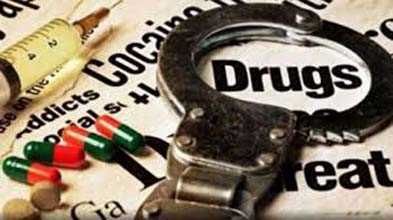 Kupwara, June 07 (KB): Kupwara police on Tuesday arrested a wanted narcotics smuggler, and have also detained him under under Public Safety Act (PSA), officials said.
Police spokesperson as per Kashmir Bulletin–(KB), said that in another action against the menace of drug peddling and smuggling in the district, Kupwara police today detained one person, identified as; Ghulam Mohd Bhat alias Gul Bhat son of Mohd Sadeeq Bhat, a resident of Kawari Laderwan Trehgam, a wanted drug smuggler under PSA for his unrelenting involvement in the crime.
He further said that, Gul Bhatt was a police constable before getting dismissed some three years back from services for his unbecoming conduct in the department.
“He is involved in three cases of narcotics smuggling and has amassed huge property for which he is facing a a criminal case. Gul Bhat not only used to sell narcotics among vulnerable youth in and around Kupwara but was also smuggling narcotics from valley to the other parts of the UT of Jammu and Kashmir and beyond,” he said.
Moreover, “he has established a drug syndicate in the district and has become a threat to the lives of younger generation,” he said. (Kashmir Bulletin–KB)