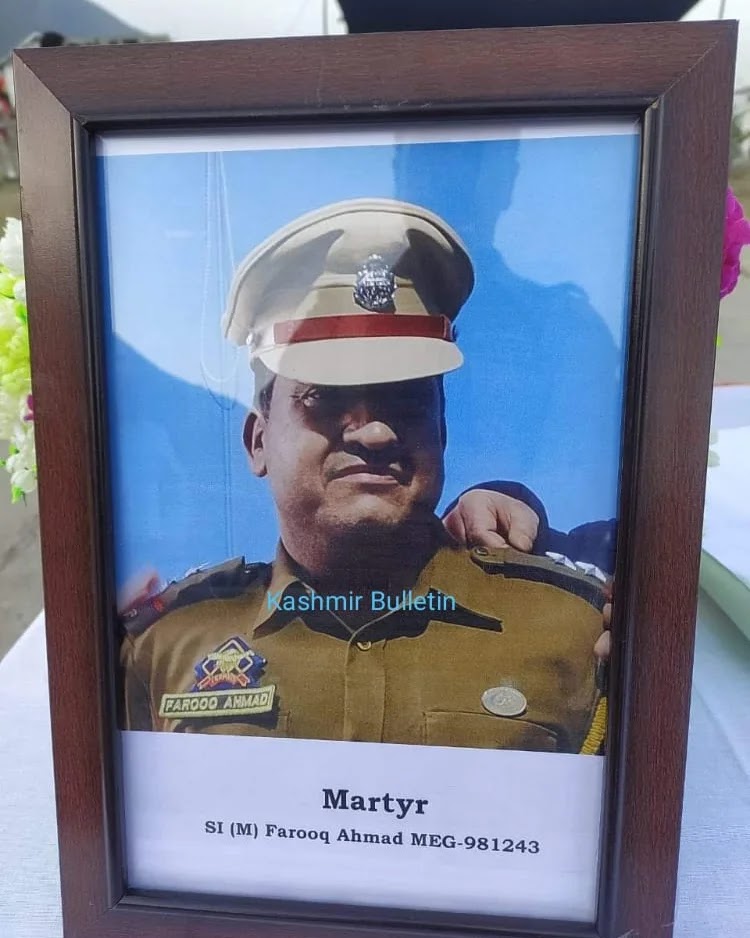 Srinagar, June 18 (GNS): Police on Saturday said that 50-year-old Sub-Inspector was shot dead by militants in evening hours on Friday at Pampora area of Samboora in South Kashmir’s Awantipora.
In a tweet, The Kashmir Police Zone wrote, ” Dead body of Farooq Ah Mir of Samboora Si(M) posted in IRP 23 BN was found in paddy fields near his home. Preliminary investigation reveals that he had left his home for work in his paddy fields yesterday in the evening, where he was shot dead by militants using a pistol,”.
Official sources told GNS that Farooq Ahmad Mir son of Abdul Gani Mir resident of Samboora was shot dead by militants near his home while working in paddy fields around 8:00pm on Friday. Two pistol cartridges have been also found at the incident spot.
He is survived by his father, wife and three children (Two daughters and a son), they said.(GNS)
SendShareTweetShareSendScan