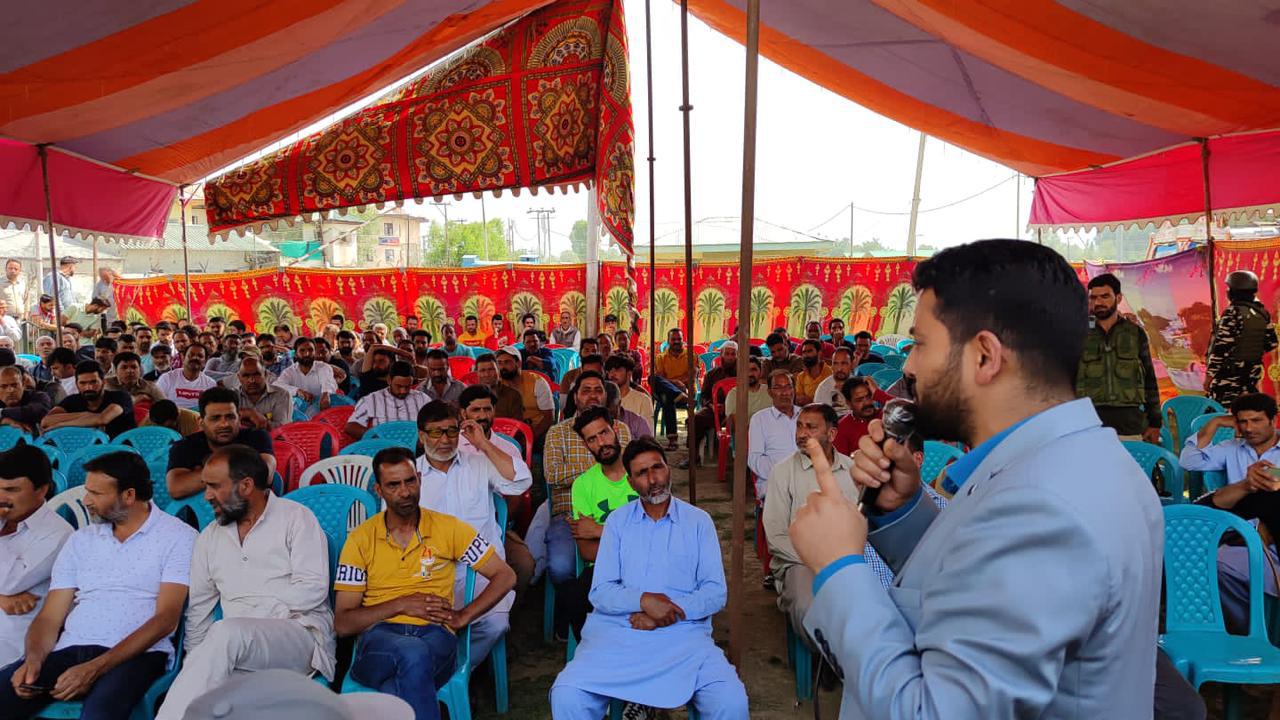 Srinagar, June 03: Hundreds of people associated with the stone quarry jobs under the banner of Pantha Chowk Stone Quarry Association Friday staged a protest march and block a road to register their protest. They warned of an indefinite strike from Monday if Government failed to address their concerns forthwith.
DDC Member for Khonmoh Er Aijaz Hussain while addressing the public meeting of Stone Quarry Owners and those associated with the profession tried to pacify the angry people stated that the concerns of stone quarry owners of Pantha Chowk and adjoining areas were genuine but some people rather vested interests were trying to play politics over their issue by projecting it for their own interests.
“Er Aijaz said that lakhs of people were associated with the stone quarry profession and their families including children were entirely depending on the outcome of the stone quarries.”
“Er Aijaz while putting his weight over the protesting Stone Quarry owners and those associated with the profession said that Government must resolve all the issues of Quarry owners so that the developmental works that are on a halt across Kashmir because of non-availability of construction material are resumed forthwith.”
“He said that people across Kashmir are finding it difficult to get stones, bajri and other construction material for the construction purposes as work remains on a halt as work remains on halt since past many months.”
Er Aijaz said that LG Manoj Sinha had already stated that the work at the stone quarries will be streamlined and those associated with the trade will be allowed to carry out their work smoothly. He, however, said that some vested interests were playing politics over the issue and becoming a major hurdle in the way of stone quarry owners.
SendShareTweetShareSendScan