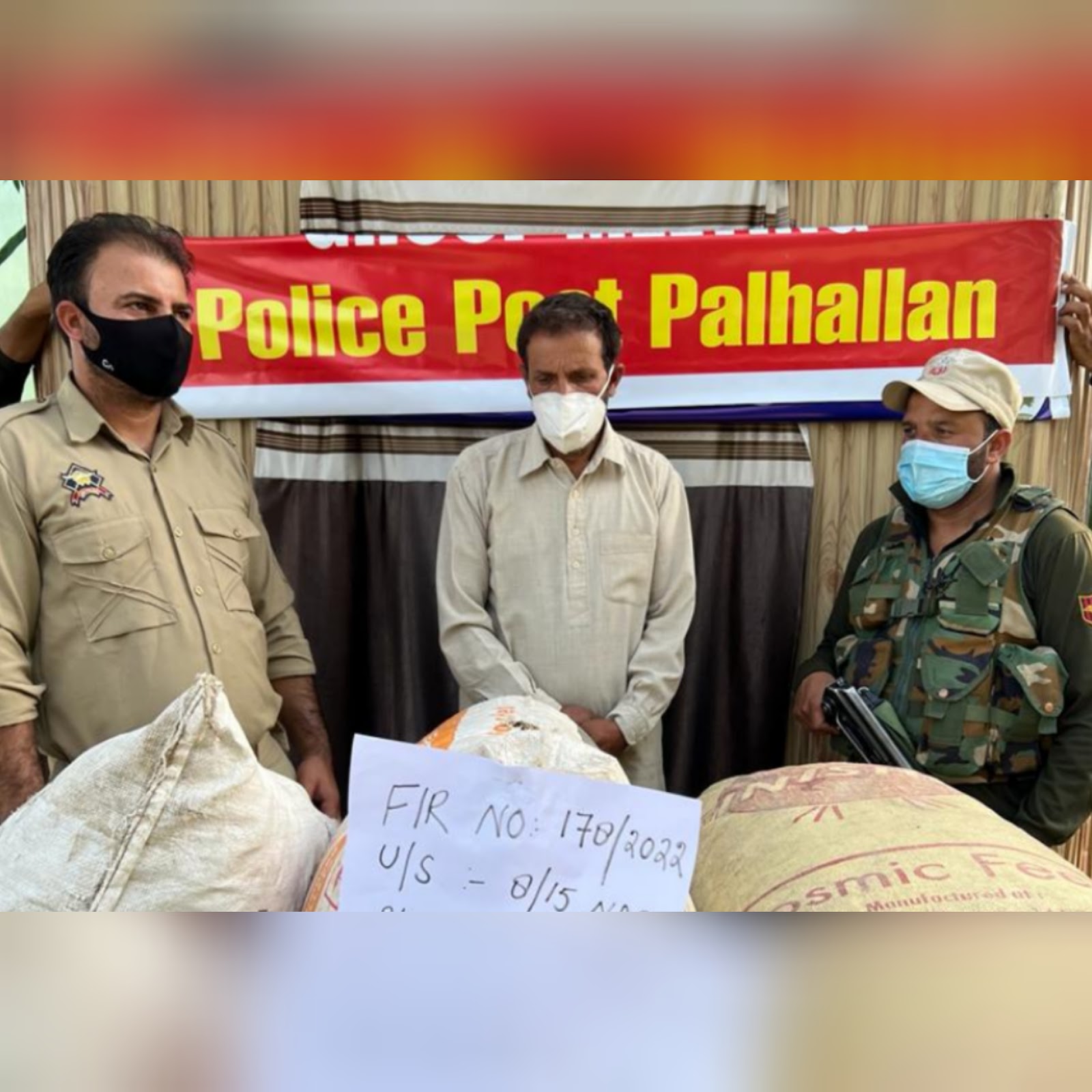 Srinagar, June 16 (KB): Police on Thursday claimed to arrest one drug peddler and have recovered, 25 kgs of poppy straw at Dargam area of North Kashmir’s Baramulla Pattan, officials said.
Police spokesperson as per Kashmir Bulletin–(KB), said that during patrolling at Dargam one person who was on the road along with three bags at mode Dargam, after noticing the police party the individual left these bags on road and tried to run away from the spot but the Police Party tactfully apprehend the said person along with three bags in which poppy straw like substance weighing about 25 kgs recovered.
“On questioning the said person as per police disclosed his name as; Bashir Ahmad Reshi (55), S/O Ab Rasheed Reshi R/O Reshipora Pattan.”
Moreover, “In this regard case FIR under relevant section of law stands registered in Police Station Pattan and investigation set into motion.” he said. ( Kashmir Bulletin–KB)
SendShareTweetShareSendScan