PULWAMA; Police raids specific locations, 08 KG of poppy straw like substance recovered, accused not been arrested yet, hunt on, for culprits; Police 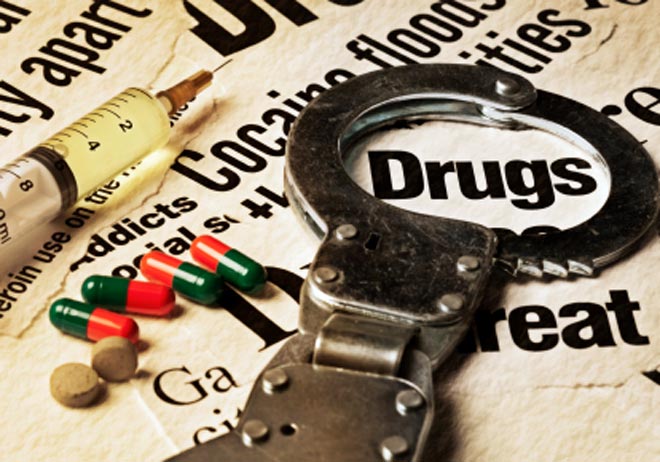 Pulwama, June 16 (KB): While continuing it’s war against drugs, Pulwama police on Thursday raided at specific location at Banpora Zadoora area of south Kashmir’s district pulwama, 08 KG of poppy straw like substance recovered, officials said.
Police spokesperson as per Kashmir Bulletin–(KB), said that while continuing its efforts to tackle the menace of drugs in district Pulwama, on a specific information received by Pulwama Police that a person namely Feroz Ahmad Bhat S/0 Ali Mohammad Bhat R/O Zadoora Banpora is indulged in peddling of contraband substances and has hoarded a large quantity of narcotic substances in his house.
“On this a Police Party from Police Station Pulwama conducted raid at specific location at village Banpora Zadoora, Pulwama in presence of Magistrate. During search 08 KG of poppy straw like substance was recovered from the said residential house. The accused person has not been arrested yet. However, efforts are being made to nab the culprit,” he said.
“To this effect, Case FIR No. 174/2022 under section 8/15 of NDPS Act. has been registered in Police Station Pulwama and investigation set into motion. Pulwama Police appeals the people of the District to come forward with the information regarding drug peddlers so that curative steps can be taken against them,” he said. (Kashmir Bulletin–KB)
SendShareTweetShareSendScan