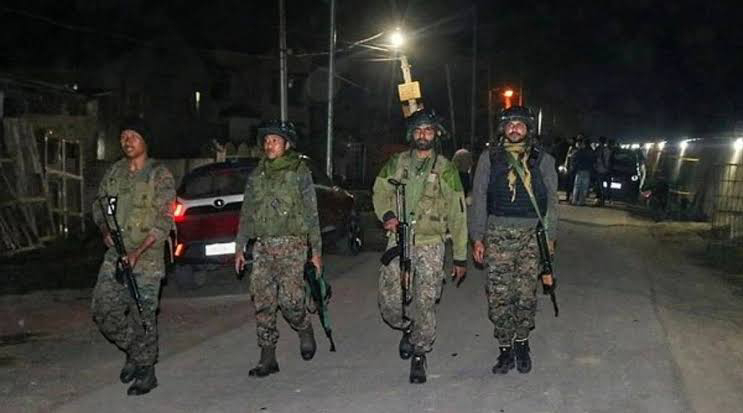 Says Hunt for 2 Foreigners, one local militants on who escaped from cordon
Srinagar, June 06:(GNS) A Lashkar-i-Toiba militant was killed in a gunfight at Zaloora area of North Kashmir’s Sopore on Monday, an official said.
Inspector General of Police Kashmir Vijay Kumar told GNS that one militant resident of Pakistan associated with LeT was killed in a gunfight.
Meanwhile during intial exchange of firing two Pakistani militants and a local militant escaped, hunt for them is on, the top cop said.
Earlier a joint team of Police and army launched a cordon and search operation in the area.
As the joint team of forces zeroed towards the suspected spot, the hiding militants fired on the joint team, which was retaliated triggering off a gunfight.(GNS)
SendShareTweetShareSendScan