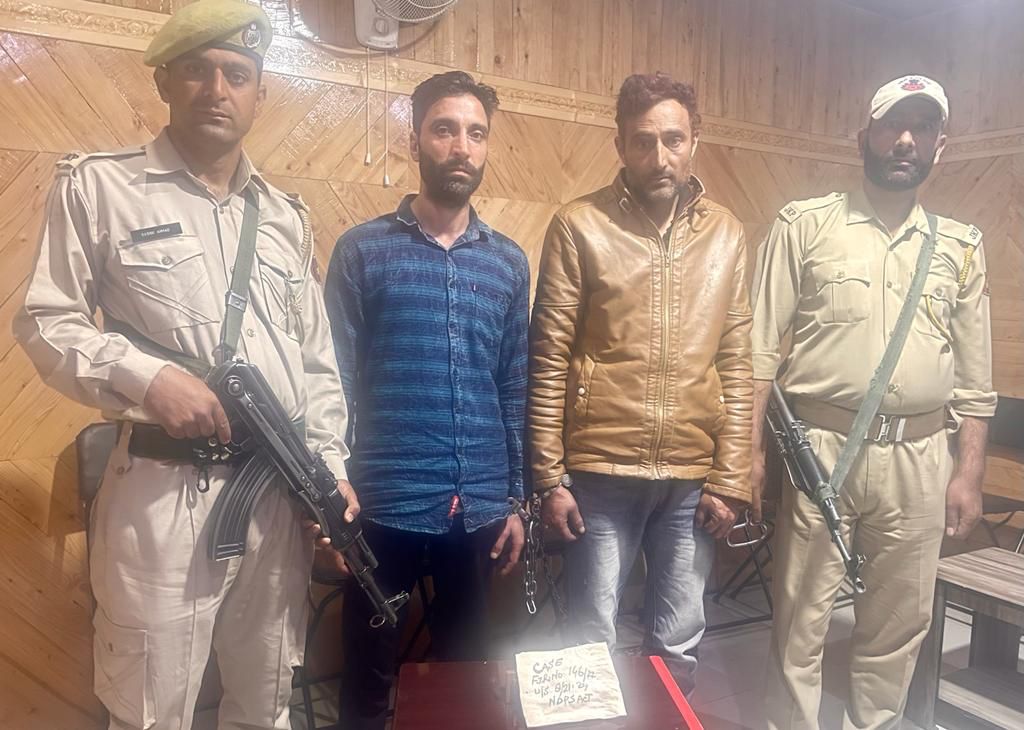 Kupwara, June 02 (KB):Continuing its campaign against the menace of drugs peddling, Kupwara Police has arrested two more persons involved in drugs peddling in the district.
Police spokesperson as per a statement issued here to Kashmir Bulletin — KB said that, Acting on a specific information that two notorious drug peddlers namely Ghulam Hassan Wani @MAKAi son of Mohd Munawar Wani resident of Kunun Hanjipora and Shabir Ahmed Mir @Shaba son of Gh Mohiuddin Mir resident of Batergam were roaming in Tikker Branwari area with contraband substance, a team of Police Station Kupwara led by SHO Mohd Rafiq launched a hunt for the duo.
While carrying the search for duo, both of them were apprehend in presence of Executive Magistrate Kupwara and during search, contraband brown sugar like substances was recovered from their possession.
Case FIR No 146/2022 U/S 8/21,29 NDPS Act stands registered in the Police Station Kupwara and investigations taken up. The public of Kupwara is appealed to come forward and share the information of such rogue elements to make the society drugs free, reads the statement. (Kashmir Bulletin — KB)