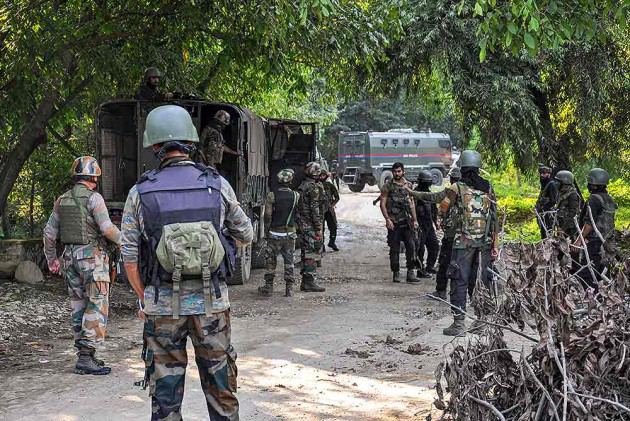 One of killed militant was involved in killing teacher Rajni Bala: IGP Kashmir
Srinagar, June 16:(GNS) Two militants affliated with Hizb-ul-Mujahideen were killed on third day of Gunfight with police and security forces in Mishipora area of South Kashmir’s Kulgam district on Thursday.
Inspector General of Police Kashmir Vijay Kumar told GNS that one among the killed militant was behind killing of Lady teacher in Kulgam.
Its pertinent to mention that a school teacher, identified as Rajni Bala, 36, wife of Raj Kumar, a resident of Samba in Jammu, was shot dead by suspected militants at High school Gopalpora in Kulgam on 31st May this year.
The encounter had ensued between militants and security forces on Tuesday, Cordon and search operation continued for three days. Today contact was again established with the hiding militants.(GNS)